A newsletter for women, men, and their doctors, from adolescence to old age.

What is menopause and why should you care?

Let’s be clear from the start. This is a menopause newsletter like no other. There will be no sugar coating the reality of menopause and how it affects society, employers, spouses, the young, the old, and everyone in between. There will also be lots of discussion about helping the ovaries do their job better. Healthier ovaries mean extended fertility and extended ovarian function.

Menopause never goes away on its own…

Would you recognize the medical name for menopause?

I know menopause is a disease. It’s easy to say that menopause is a normal phase in life but that doesn’t mean it is not a disease. Menopause occurs because of ovarian failure, which is organ failure. There is nothing healthy about organ failure. Menopause is not the opposite of puberty. Menopause takes away fertility, which may or may not be desired, but it also takes away the sex hormones that every other organ system in the body needs to do its job. The symptoms of menopause come from the other parts of the body not being able to their job, like losing thinking power in the brain and blood vessels going into spasm and causing the body to lose control of its own temperature regulation. One of the earliest symptoms of unhealthy ovaries is infertility, which starts about age 30.

Unfortunately, the field of menopause research is one of the most dishonest in the history of humankind. Women and their doctors have been told via failed clinical trials that hormone replacement is bad for women and that it is healthier to live with multiple severe hormone deficiencies, which violates every principle of how the human body works.

Look closely at the failed “HRT” clinical trials and you will see the same failed drug was used over and over again. The failed clinical trials make it appear that HRT made menopausal women sicker than menopause. The clinical trials used to convince women and their doctors that HRT is unhealthy isn’t HRT for humans but for another species. It is HRT for horses. Within each daily pill or vaginal cream application, the recruited women in the failed clinical trials received over 60 active ovarian horse estrogens, horse androgens, and horse progestogens, all with the hormone balance and potency for a 1000 pound pregnant horse. There was no way a full assortment of potent pregnant horse hormones could be helpful to a human woman. If you still don’t see it, imagine a menopausal horse receiving the balance and potency of pregnant human hormones from a 150 pound woman. How helpful would that be to a menopausal horse?

Premarin is the name of the pill which contains the full assortment of over 60 active pregnant horse hormones. How long has the federal government, which paid for the repeatedly failed “HRT” trials, known that Premarin didn’t contain human HRT and that it will always make a woman sick? Decades. From the start in the late 1920’s, Premarin has always made human women sicker than menopause already was making them. It was unethical 90 years ago to call Premarin HRT and it still is today. The federal government has ignored women for years when they said Premarin was making them sick and continued to encourage the use of it. By 2007 the truth about Premarin could no longer be denied and the FDA finally said Premarin could no longer be called hormone replacement therapy, HRT, because it didn’t contain hormone replacement for human women.

One of the goals of this newsletter is to make it clear that menopause causes major illnesses which can be safely reversed with simple, straightforward ovarian hormone replacement. Women are half the population and are denied being full participants in society, their health, and their personal life for more than half of their life. Menopause is a curable disease for women of all ages.

Menopause never goes away on its own.

It is a disease of deficiencies and over time those chronic deficiencies will make a woman sicker and sicker.

Women are often told that eventually their body will adjust to the multiple severe hormone deficiencies that are the result of ovarian failure and there is no need for treatment. This is impossible. Any kind of deficiency, vitamin, mineral, or hormonal, will always result in poorer health. Reversing any deficiency will always result in better health. That is how the human body works, give it what it needs and it will work better.

My mother told me that menopause is something that a woman gets used to because there is nothing that can be done about it. However, something happened when my mother was 65 and she decided to talk to me about it to see if things had changed. She told me that she had severe osteoporosis and that scared her very much and she believed her doctors when they said that menopause could not be safely treated with sex hormone replacement. She also said osteoporosis scared her more than the side effects of hormones. She told me she had seen firsthand the devastation osteoporosis can bring to a woman and she wanted hormones that would reverse it. So I went to the doctor with her and requested the same hormone regimen I was on; daily creams that contained progesterone, testosterone, and estradiol, and a daily Dhea pill. The doctor reluctantly prescribed this regimen for my mother. All the creams were the same dosage I was using so my mom had normal, pre-menopausal sex hormone levels. At my mother’s next DEXA bone scan to measure her bone density she found out her osteoporosis was completely reversed! My mother had normal bone density. She was so happy. The radiologist came out and asked what she was taking because he had never seen completely normal bone density in a woman my mother’s age after a recent diagnosis of severe osteoporosis. The radiologist asked my mother how she was feeling and she said great.

Not long after the bone density test my mother’s doctor talked her into stopping her menopause treatment which created multiple severe sex hormone deficiencies all over again. Within 4 days she began feeling horrible, couldn’t sleep, was nasty to everyone, couldn’t take her daily 2 mile walk, had dry eyes, began getting genital itching, and couldn’t read her books, play cards, or do her soduko puzzles anymore. She was miserable. She went back on her regimen and felt great, resumed her life and got a new doctor to prescribe what she needed. She told me she would never go off her hormone medications again. For the rest of her life, my mother never had to worry about osteoporosis again.

Whether a woman notices symptoms or not, her body is in starvation mode for her ovarian hormones. Menopause never goes away and over time, like any other chronic deficiency that goes untreated, health just gets worse. The good news is hormone deficiencies are always reversible and the human body never forgets how to use its hormones.

Because menopause is a disease it has a medical name, acquired profound hypogonadism.

Here is how the name came about. First, menopause is something that happens after birth so it is acquired. Second, menopause is caused by ovarian failure which causes profoundly low levels of the 4 sex hormones. The word hypogonadism comes from “hypo” meaning low and “gonadism” meaning sex hormones and gametes (reproductive cells). Putting all of the words together you get, acquired profound hypogonadism.

Like it or not, there are doctors who have dubbed themselves menopause experts who give their opinions on a variety of topics related to menopause. It is important for you to see who really is an expert and who isn’t because you want information that is helpful to you. I’ll show you how to see if a doctor is an expert or not on menopause.

1) Read the article the menopause “expert” has written

2) Are all 4 ovarian hormones deficiencies reversed? If not, why not.

That’s it. Let’s get started.

This article makes 2 suggestions for treatment

b. Use a drug to make bones denser but not necessarily stronger.

How does this help women with menopausal disease? An expert in the field of osteoporosis would know that restoring all 4 ovarian hormones to normal levels completely protects and reverses osteoporosis. Further, restored ovarian hormones levels will protect a woman from breast cancer, restore her sexual response and function, help her sleep, think, and improve her quality of life.

Based on this article Dr. Kaunitz is not a menopause expert on osteoporosis. 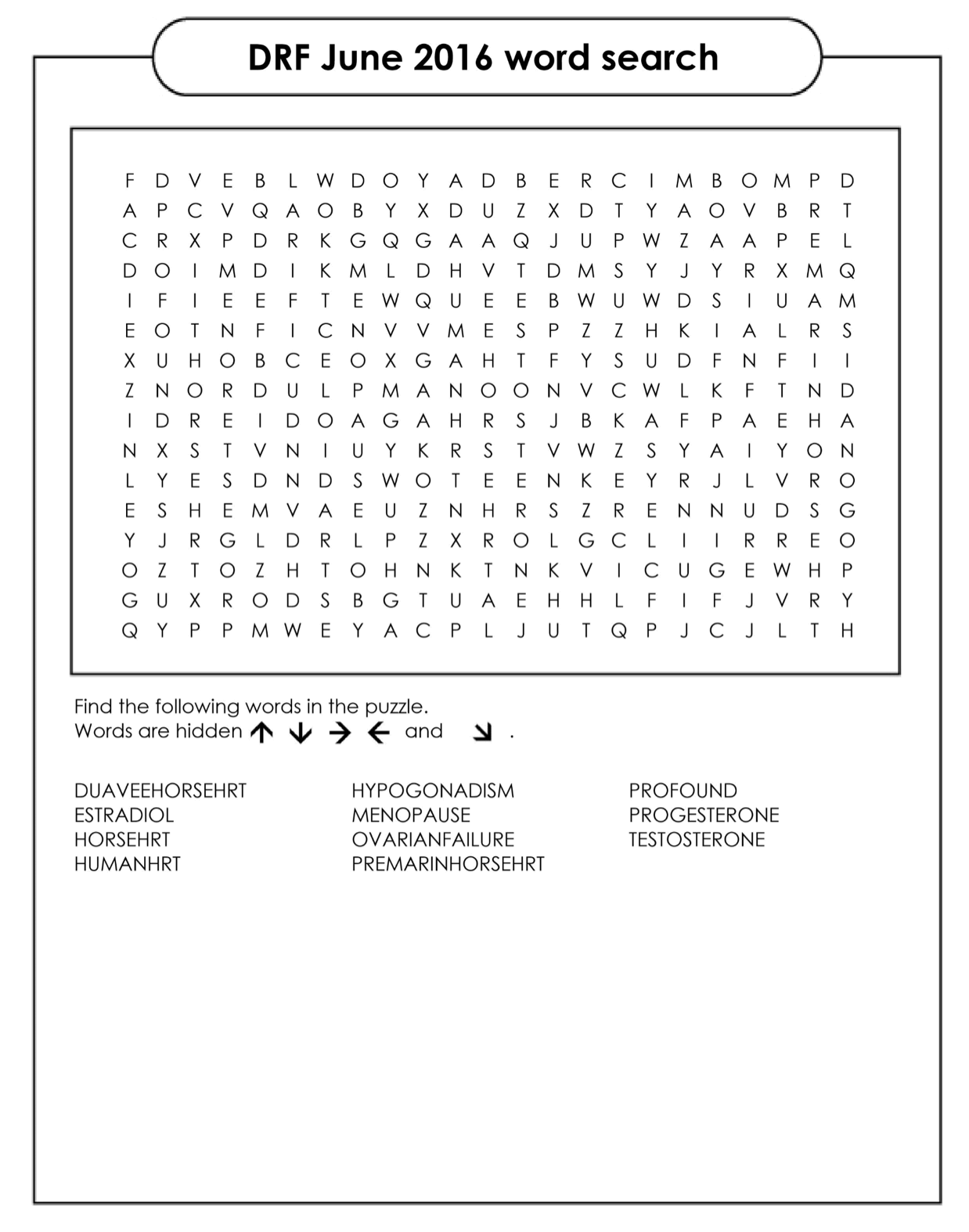 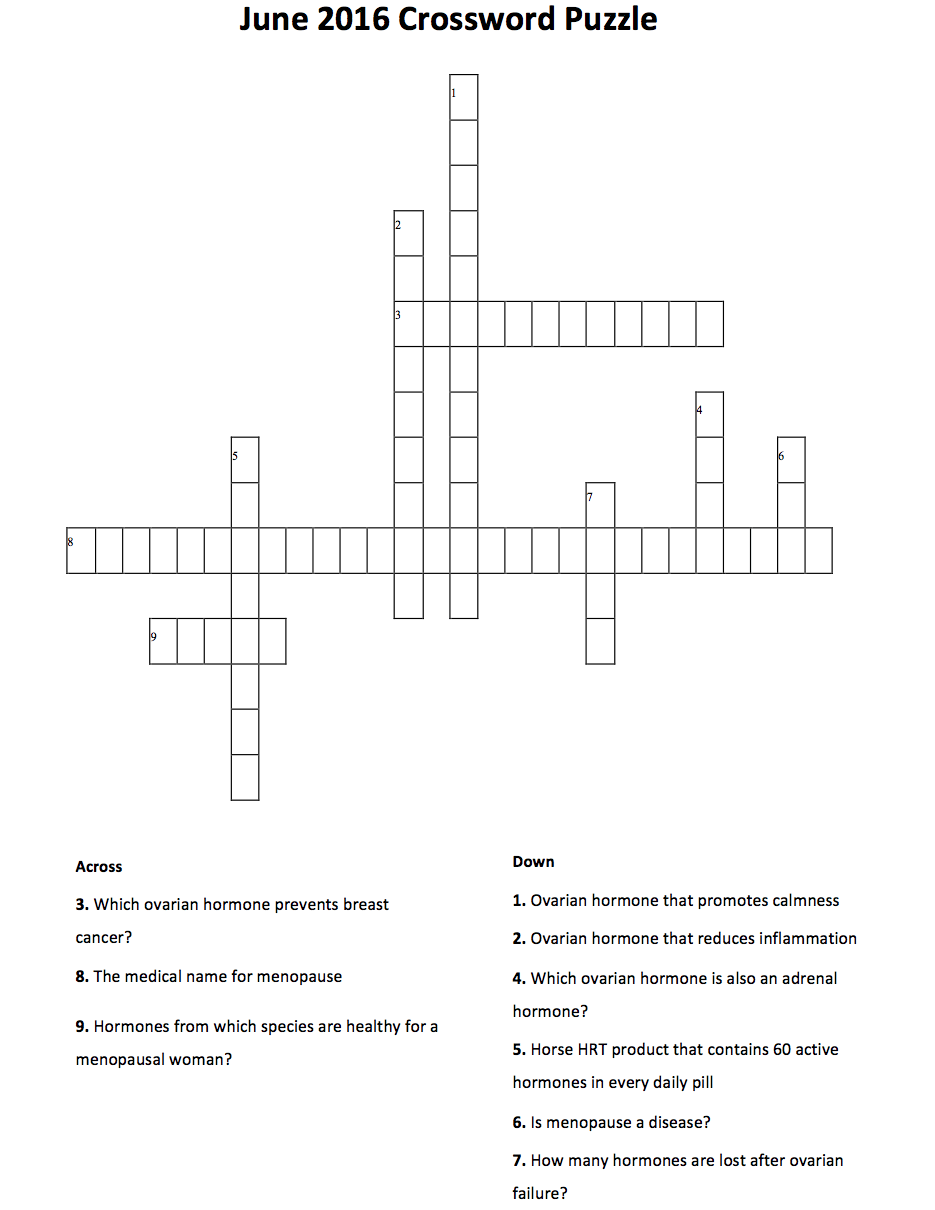